As we have every year since 2002, The Belt Team is proud to sponsor Vienna Little League. Since Saturday, April 22 is Opening Day and it’s Little League season once again, we thought we’d re-run this post. Enjoy! 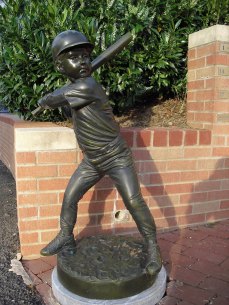 So yesterday, we went to see a neighbor’s son play in a Vienna Little League game at Yeonas. As we entered the parking lot, it was teeming with activity. There was an air of excitement that wafted by – almost as strongly as the smell of chili dogs on the grill at the snack bar. Last Saturday was Opening Day (more than 1,100 people attended!) and this was the first week of the season. PLAY BALL! 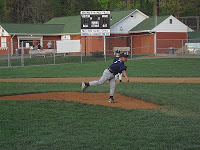 And just like every April for the past 50+ years, the Vienna Little Leaguers took the field.

And just like every April for the past 50+ years, the Vienna parents assumed their perches from which to root.

And just like every April for the past 50+ years, the siblings gathered in the common area to play with one another.

Yeonas Field in Vienna is kind of what the back fence used to be “in the olden days”. Back then, neighbors would hang their laundry out to dry in the backyard and catch up on gossip over the back fence. Or they would mow their lawns and tend their gardens, and take breaks to chat with the neighbor next door or behind them.

Well, that’s just what happens at Yeonas Park. Last night, two of my girlfriends, who are normally so busy they can’t see straight (they are AWESOME Moms!), settled in to the bleachers to watch the game and had themselves a nice two hour chat. The Dads like to hang out along the fences, and they are usually much more “into” the game. But don’t be mistaken, there’s a lot of chit chat going on there too. In a world where we are always “on the go”, it’s nice to have this respite.

And you ALWAYS run into people you know. It’s just a fabulous gathering place where people of diverse interests and diverse backgrounds “hang out” together. I love seeing the many multi-generational families that come to the ballgames – babes in arms, grandparents in wheelchairs, and even teenagers who might be “too cool” to otherwise hang with their parents.

Just visit once and you’ll see what I mean. Vienna Little League gets into your blood. Did you ever notice the “V” stickers on so many car windows in Vienna? They either say “Go Blue” or “Go Black”. The stickers represent the two leagues in Vienna (National & American). And once you’re a part of a certain league, you are Blue (or Black) FOREVER. Many of those cars you see with stickers have kids who are long past Little League age, but they are part of that family always. Terry Belt & Kevin Kleifges on The Belt Team know that for sure after coaching and/or having players on those teams!

AND Vienna has a long history of winning. When you go to the park, you’ll see the list of many State Championship wins and even a Regional Championship that sent our team to the Little League World Series in Williamsport. But it’s not only about winning. It’s the life lessons that are learned along the way – things like loyalty and hard work and how important it is to spend time with the ones you love. (Kind of reminds me of The Belt Team!)

We just LOVE living in Vienna!